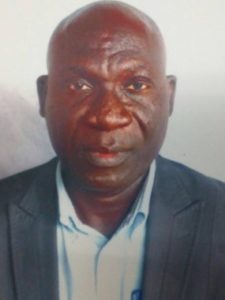 SAVAGE, OLANREWAJU OMOLADE SHERIFF was born on 17th May 1962. He is a native of Lagos State. He was educated at Government Demonstration School, Suru-Lere, 1968-1974, Zumratul Islamiyyah Grammar School, Yaba, 1974-1984 and University of Lagos, where he had Bachelor’s and Master’s degrees in Chemistry in 1984 and 1987 respectively.

A seasoned and experienced Manager, he  had  over  ten  years  working  experience  in  the private  sector  of  the  economy  between  1988  and 1999 before joining the Lagos State Civil Service in late 1999.

He is a Deputy Director and the Head of Environmental Management Department in the Ministry of the Environment.